Isn’t India great? What I love most about the country of India is how seriously they take spirituality. Not only is it ingrained in their culture, architecture, and way of life, but even in their television. Male and female alike, people all over India are able to, at any time, tune into a television channel that will help to uplift and enlighten them spiritually. It’s called Aastha, and here is what Wikipedia has to say about it:


“Aastha TV is a spiritual TV network in India. Established in 2000, it is owned by Aastha Broadcasting Network Ltd..The network's directors are Santosh Kumar Jain and Prabhat Kumar Jain.


In 2005 the channel started the broadcast of Aastha International through UK affiliate as it had done previously in the USA as a 24x7 service on the DTH platform of BSkyB in UK.By 2006 it was reaching 160 countries around the world.


Its programs feature spiritual discourses, socio-cultural ceremonies and religious events, accompanied by meditation techniques and devotional music. The core of its programming relies on discovery of holy places of pilgrimage, education on traditional festivals and vedic science, such as yoga, ayurveda, astrology, crystal therapy and aromatherapy.” 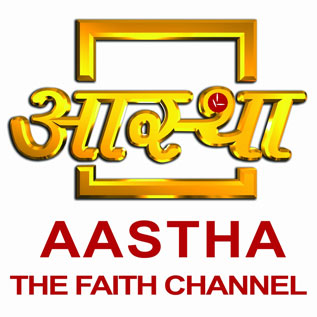